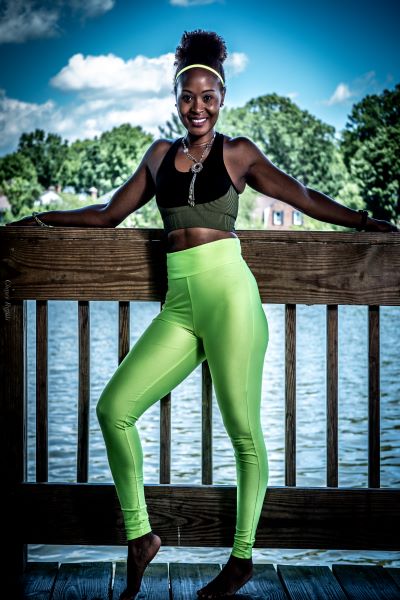 Intercontinental family visits feel like a distant memory in our COVID-19 world. Over a year ago in January 2020, Musu Wheeler travelled to her native Sierra Leone from Maryland. Sierra Leone is a small country located on the southwest coast of West Africa. Musu comes from a large family; her grandmother had eleven children and Musu has twenty-eight cousins. Musu loved seeing her cousins, and her seven-year-old daughter, Mende, met her second cousins. It is lucky that their trip was in January rather than two months later.

Her grandmother is a traditional medicine healer. The visit home reminded Musu of her grandmother’s entrepreneurial spirit. Growing up, amidst playing with her cousins and filling her time with other childhood hobbies, Musu watched her grandmother heal people. Agriculture, mining, and manufacturing provide many jobs in Sierra Leone and physical labour is common. Injured workers came on stretchers and her grandmother used herbs, heat, and compression to heal them. Last year Musu watched her grandmother continue her healing practice with the same techniques from all those years ago. Her grandmother is well known. Musu says, “People come from all over the countryside to see her to heal them. And I’ve seen it with my own eyes. They fell from a tree and they can’t walk and with her treating them, they’re able to walk again…It’s so powerful.”

“I was not really watching the football. I was just having fun moving and for me moving is like my freedom. When I’m moving it’s my place of happiness, and it’s also my place of de-stress.”

Musu moved to Montgomery County, Maryland with her parents and younger brother when she was ten. Maryland is her second home. Today, she and her husband, Major Troy Wheeler, choose to raise their family here. Her youth was typically American, even including cheerleading in high school. She did not tell her parents when she started cheerleading, fearing their disapproval. Her dad loves soccer and she worried they would think cheerleading was not a ‘real’ sport. Cheerleading was fun and it was Musu’s introduction to functional movement and fitness. She did not care about the football games she cheered at, she enjoyed cheer itself. Her husband teases her today, saying that it’s hard to imagine someone who knows so little about football was a cheerleader. She laughs as she explains, “I was not really watching the football. I was just having fun moving and for me moving is like my freedom. When I’m moving it’s my place of happiness, and it’s also my place of de-stress.”

Cheerleading remained her secret for a while until a neighbor attended a football game and saw her cheering. After the game, the neighbor bragged about Musu’s cheerleading to Musu’s parents. Her parents were shocked, but they supported her. She did not realize at the time that the way she was learning to move was keeping her body healthy, much like how her grandmother back in Sierra Leone was using movement to heal.

After high school, she went to Virginia for college before transferring to Coppin State University in Baltimore where she got a degree in kinesiology and health science. She met her husband as an undergraduate student. She did a practicum for her degree as a physical therapy assistant at John Hopkins. After college, she worked at the World Bank Group as a corporate health and wellness specialist. Her husband is in the military, and they moved around often. During this time she worked as a health educator for Cigna Healthcare on military bases.

Musu learned valuable lessons working with international clients on different bases. Beauty standards differ across the globe. She explains that generally women from Asia and Africa avoid becoming muscular. According to her, these women worry that lifting weights will make them bulky and less feminine. Intercultural communication and health education were key for her work. She would tell them, “We are not here to change anything about you. We’re here to make you strong. Because at the end of the day, you need muscles. If you don’t have muscles, you are going to be prone to so many other diseases…And when we lose muscle, it gets replaced by fat, and nobody wants more body fat.” Learning about other cultures and how to interact with people was challenging, but the process influences how Musu trains today. The most important thing is educating people and working with them to reach their goals. 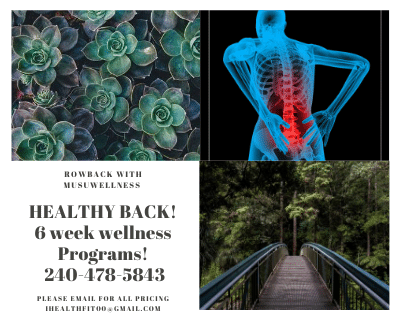 While working at the World Bank, Musu started training people part-time on the side. This year, her contract with World Bank was held at a stand because of the uncertainty surrounding the pandemic. She decided to make her side gig a full-time job. In May of 2020, Musu became a full-time health wellness ambassador with her business, Musu Wellness.

Entrepreneurship is a long-time dream come true. The pandemic disrupted much of normal life but it also ignited the fuel within Musu for years. “I think sometimes we dream so much and due to the circumstances of where life is now, I feel like it’s now or never,” she says, “I felt like I have this window of opportunity where I’m home, my husband is home, my daughter is home going to school. This is the most time I’m ever going to get. Now is the time.”

One of Musu’s clients at the World Bank told her about Empowered Women’s International’s Entrepreneur Training for Success Program. She participated in Spring 2020. She was no longer working at the World Bank during the program, but she was homeschooling Mende full-time and training people. The program was taught in the evenings which worked with her busy schedule.

Before the program, Musu had no business model, no logo, no mission statement. It surprised her how much went into running a business as she was doing everything on the fly. Two of the most important skills Musu learned were branding and financial skills.

Branding and marketing were difficult until Musu developed a concrete vision for her business. The vision together with a mission statement guided her as she showcased her business on Instagram. She focused on consistency and curating her feed to represent herself. Friends and family noticed the changes within weeks. Feedback on this small shift encouraged Musu and taught her firsthand the importance of representing oneself and one’s business. Musu also emphasized the importance of her new financial skills. Not only does she use skills like making and balancing a budget for her business, but she is also implementing these skills for her household.

Musu’s advice for women who are about to participate in the ETS program is “have fun, don’t be intimidated by the course, trust the process, and do the work…If you don’t know something, don’t act like you know it- send an email after the class, speak up during the class, send an email to your instructor [or to] your mentors because they’re there to help you. They want you to win. Don’t feel like you’re alone in this.” Musu uses the word ‘sisterhood’ when describing the process. Many other program alumnae also emphasize the process and sisterhood of the program.

“You’re pretty much creating a sisterhood: a group of women that are going through the same thing you’re going through, that have the same fears that you have, and you guys can rely on each other. Don’t think that you’re alone.”

Four thousand miles away across the Atlantic, Musu’s grandmother is keeping people healthy and happy. Musu continues her grandmother’s legacy in America by healing through movement. She is currently working at getting a master’s degree in nutrition and integrative health. Musu recently opened a small gym with Pilates equipment for one-on-one training. Her goal is to grow into a larger space and employ a couple of trainers in the future. But why stop there? Big dreams include becoming a household name in her community or even having her own health and wellness TV show.

Cheering once was for personal pleasure. She loved the activity and the football game happened to be where she cheered. “Now, I feel like I’m cheering for a better cause. I’m cheering somebody on to be great” She cheers people on towards their health and happiness. Big cheerleader smiles are not just for football games; they are also for small victories like doing a first squat, then five squats, then ten. “What I’m doing now [is] always being cheerful and positive, celebrating people and motivating them. And that’s why I chose this. Because I like to help people but at the same time have fun.”

In spare moments between being a wife, a mother, and an entrepreneur, Musu indulges her love of fashion. Her mother inspired this love and Musu is designing a clothing line. Dressing up and looking good is a way of celebrating herself and her progress. One of her aunts in Sierra Leone is a seamstress, and last year they created twenty pieces together. She glows as she tells me about the clothing she designed. COVID-19 restrictions keep her from going out much recently but she looks forward to showing her clothes.

You can find Musu and Musu Wellness Pilates Studio at https://www.pilatesphysio.net. The studio is located at 12 S Summit Ave, Gaithersburg, MD. She has an online fashion and lifestyle store at embraceme.store  Follow her on Instagram @musuwellness, and on LinkedIn.