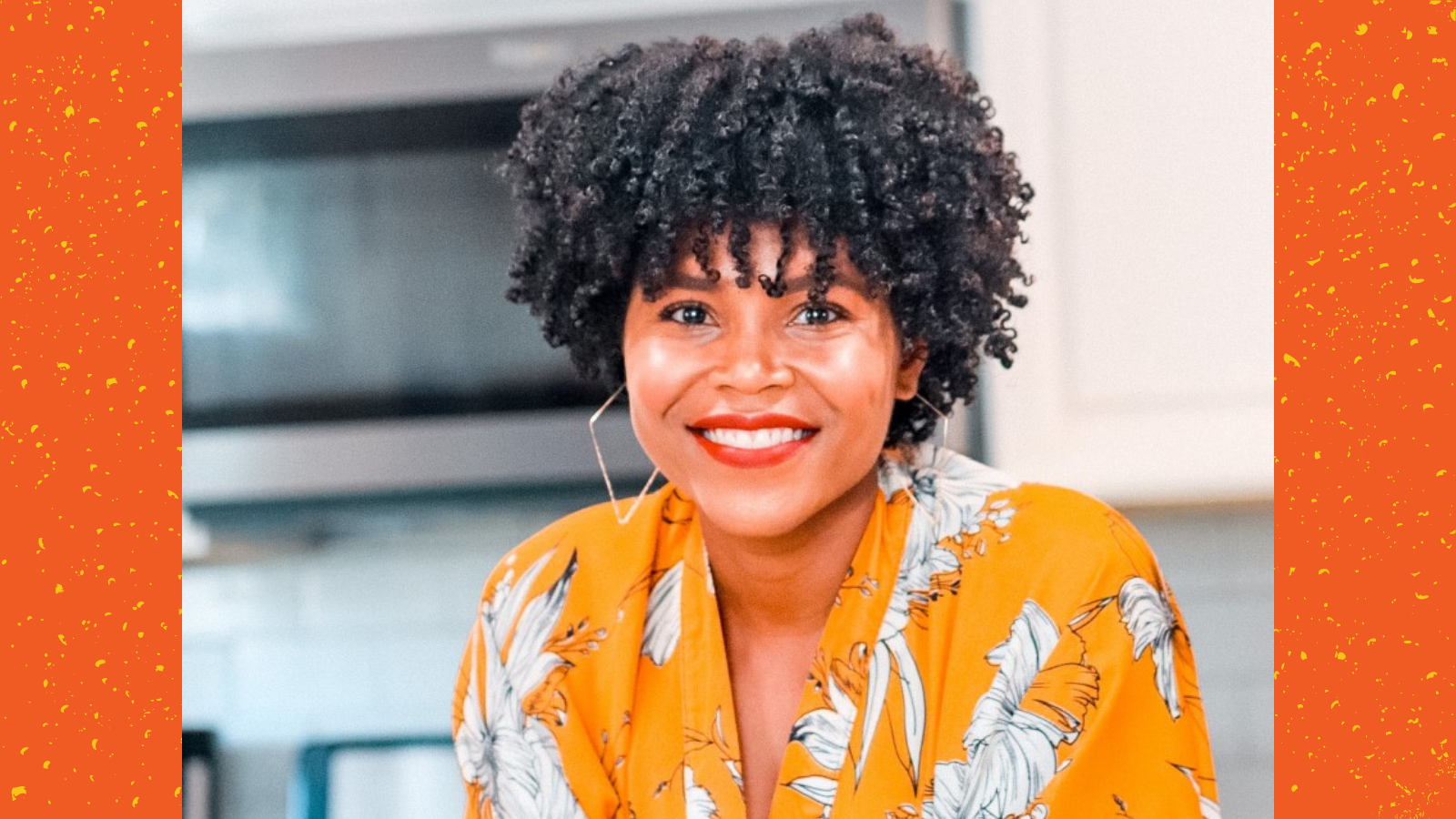 Dominiece Clifton: A Journey Through Motherhood and Entrepreneurship

Family and motherhood are central to Dominiece Clifton’s life. Her career ranges from working in fashion in New York City to teaching English in Suzhou, China. Now a wife and mother of two, Dom is following her passion to help other moms. We meet to discuss her journey through motherhood and entrepreneurship with her new business, Wellness Mom Dom.

“I was an only child, so growing up I was very close to a lot of cousins. I was always either at their houses or sometimes they would come and stay over with me. I feel like I always wanted a big family, but I didn’t grow up with a big family,” Dom describes her Florida childhood. Her mother was young and in college during Dom’s early years. Her mother did her best, but the separation from her mother and the absence of her biological father was hard. Dom used food to cope with her emotional trauma and was overweight by eight. This unhealthy relationship with eating continued throughout college and her career. Her family moved to Baltimore when Dom was eleven and Maryland has been home ever since. She met her future husband as a high school senior, but they broke up during college.

Dom moved to White Plains, NY for college before transferring to Howard University in Washington D.C. She graduated with a degree in fashion merchandising. “I was very into fashion,” she remembers, “I knew I didn’t want to be a designer…But I wanted to be on the pulse of fashion.” After graduation she worked in product development for Macy’s corporate office in New York City. The position was not the right fit for her. “It was interesting, but I would say a year into it, I knew that it wasn’t the thing I was supposed to be doing,” she reveals. After two and a half years she left her career and America to teach English in Suzhou, China. She reconnected with her future husband before she left and they started dating again.

Dom had traveled a little, beach vacations to the Caribbean and the like. Teaching in China was her first extended time away and she experienced culture shock. “There were things that in the beginning were very different for me,” she explains, “Being a black woman in China was such a different experience because at the time they were still adjusting to the presence of foreigners…I had a friend who was Scottish and she had red hair. If the two of us went out together somewhere, you would think that we were two giraffes walking around in China. People would stop and stare and take pictures.” Her husband (boyfriend at the time) visited her in China. She laughs “You would have thought he was like an NBA player. I think he thought he was an NBA player, because everyone wanted to take pictures with him. So, he loved that.”

Dom had planned to join the Peace Corps after China but decided to return to Baltimore to be near her boyfriend. They married a year later. She reflects on her time in China, “It taught me a lot about the things that I wanted out of life. It was a really good experience.” She brought some aspects of Chinese culture home, like eating what Americans consider dinner food for breakfast. Instead of the Peace Corps, she joined AmeriCorps, then Baltimore Corps. She worked for Sister Circle, an organization that provides mentorship to girls. She went on to other jobs in Baltimore including fundraising positions and eventually starting a hair salon with a friend.

The unhealthy habits from Dom’s youth continued. She went on diets to lose weight for specific events or trips. Her goals were to fit into a pair of jeans rather than to become healthier. This shifted in 2018 when she did the Whole30® program. She says, “That was the first time that I began to understand all of the things that are in the foods we eat and actually begin thinking about what I was putting into my body versus just thinking about [losing weight].” Whole30® sparked an interest in health beyond nutrition. Dom started meditating and focusing on her mental health.

The couple’s first daughter was born in 2016 and the second in 2019. Running the hair salon was stressful. It was complicated because she worked with her friend. Dom walked away from the business and thought she would pursue her passion for cooking and start a meal prepping service. This aligned with her newfound interest in health and wellness.

“Starting a business seemed like this really overwhelming thing. There was stuff that you kind of know that you need to do, but you don’t know what that stuff is.” She heard about the Entrepreneur Training for Success (ETS) course through a friend. She was excited to learn where to start and what to focus on to start a business. She felt even more enthusiastic after speaking with Alexandra Boycheck, EWI’s regional program manager.

Dom participated in the Spring 2020 ETS course to learn how to build a meal prepping business. Business development was hard. She struggled to create a business plan or understand her market. Then it clicked,

“I was sitting one night, and this was after COVID-19 had started and people were in the midst of quarantining. I was nursing my daughter and everything was still. My oldest daughter was sleeping in the bed. And I just realized…I want to be able to spend more time with my children while they’re young because we don’t get these moments back. Prior to that I had worked a nine to five job. I’ve always been in the office…Being away from that for six or eight months, I knew I didn’t want to go back to that.”

A meal prep business would be as time consuming as running a salon, especially for the first year. She decided instead to become a health and wellness educator with a focus on working with mothers. This would allow her to empower other women in health and nutrition and share the learnings from her own journey.

ETS broke the daunting task of entrepreneurship into smaller, manageable tasks. She also made some long-term connections. The ETS trainer matched each student with a peer partner. Dom’s peer partner was Amaadi (read her EWI Story!) The pair hit it off and still talk every Friday as accountability partners. The program also provided a mentor who shared her business insights.  ETS gave Dom the structure she needed to start the business and stay motivated. It forced her to consider the details of her program and establish entrepreneurial goals.

Wellness Mom Dom launched as she was finishing the ETS program. Her goal is to work with women, especially other mothers. It is an important demographic to Dom as motherhood transformed her life. She explains, “I think that is important because, as mothers, we’re the matriarch in a lot of families, not all of them obviously, but we make a lot of the decisions around what our children eat and what our families eat. That can go a long way with either helping our kids or harming our kids when it comes to health and nutrition.” Dom is committed to passing healthier habits on to her daughters and support other women to do the same.

Dom is focused on building a supportive community for mommas who want to build a legacy of health for their families. She currently offers a group coaching program, the Well Mom Academy to empower women with building mindfulness & awareness, building a confident and resilient mindset, and improving their nutritional knowledge. The program is not a quick fix. The goal is to support women in adopting healthier lifestyles long-term. Dom emphasizes the importance of moms prioritizing their own health. Mothers teach their families to be healthy by example.

This is something Dom has to remember for herself too. In the past she prioritized her career, her husband, and her children over herself. She continues to learn how to put her mental health first. Dom confesses, “If I don’t meditate, I am a grumpy person. I know that now. So I have to do that because it’s important for me, but it’s also for my family. If I don’t work out then I’m tired and I don’t have the energy that I need to show up for my kids or to put into my business or to be the wife that I need to be.” Some days go better than others, but each day that Dom continues to lead a healthy lifestyle and be present for her family is a success.

Dom is working on growing her new business and getting a certification in nutrition. She is open to starting a meal prep service or expanding her business in the future when her children are older, but now she is happy coaching and empowering women.