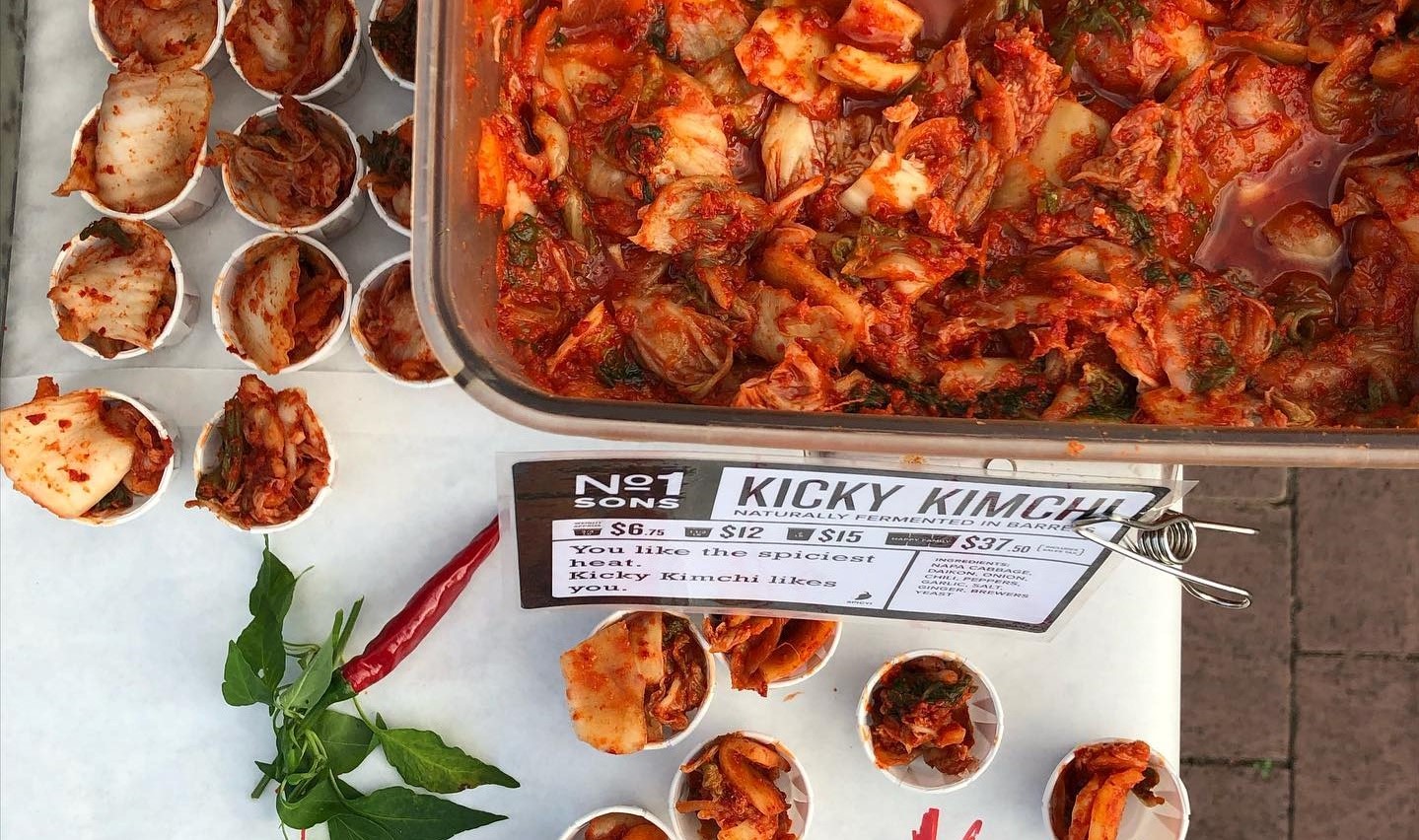 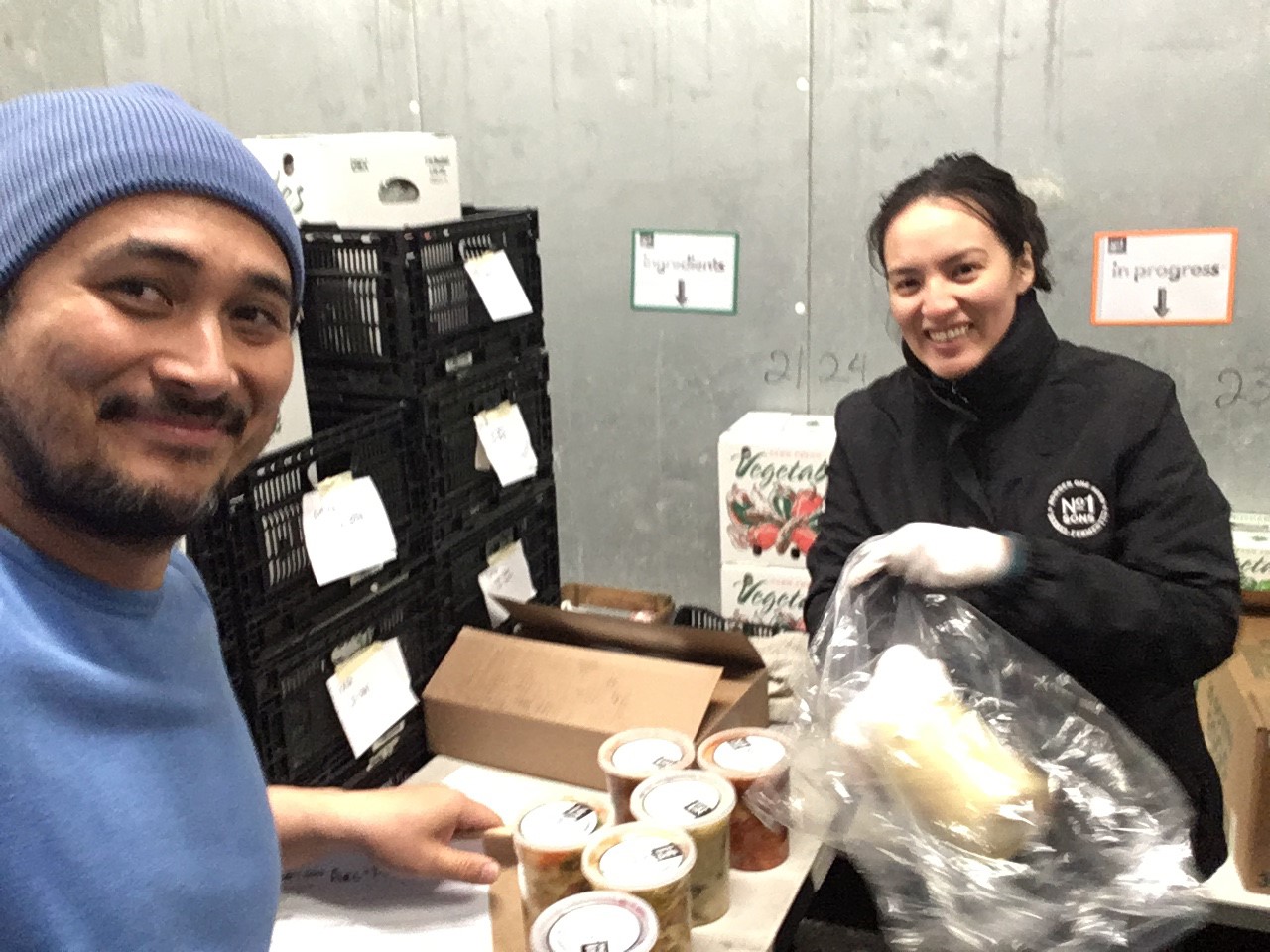 Growing up in the Midwest, Yi Wah noticed his family’s diet was different from the people around them. While others were eating more typical fare, they were indulging in traditional Malaysian-Chinese, and other international dishes prepared by their immigrant mother.  Vegetables and tangy flavors were a mainstay of the family table. In 2012, he opened Number 1 Sons in hopes of sharing the foods he knows and loves. His mother and sister quickly became involved in all aspects of the young business. They began to sell pickled and fermented foods at local farmer's markets where they touched a nerve with their neighbors. The items included staples in their culture and others, such as kimchi, sauerkraut, kombucha, and pickles.

Initially, a self-funded side project, the products were met with great praise in the community and it became clear that Number 1 Sons had the potential to be something bigger. When he decided to fully commit to Number 1 Sons, he discovered funding was limited for such a unique business. “It was a real struggle for us to find banking partners who would support us," says Yi Wah.

After unfruitful meetings with area banks, Number 1 Sons was introduced to the Latino Economic Development Center (LEDC). Number 1 Sons received a small business loan from LEDC. For Yi Wah and his family that loan served as more than just financial assistance, it provided hope. He explains that it showed them that "there were other people who believed in us besides our customers." 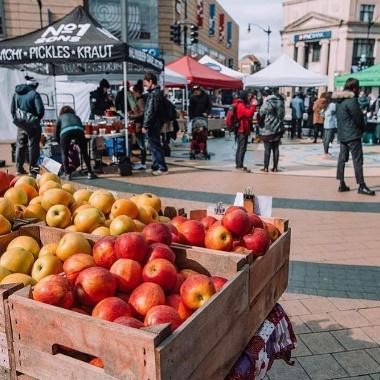 The business had been growing steadily until COVID-19 hit. Like many other small businesses across the country, they were faced with new obstacles that put their business in jeopardy. However, after years of hustling and building their business from scratch, they were determined to keep going. They turned to LEDC, "a partner who took us seriously before" and applied for a small business loan funded by the Entrepreneurs of Color Fund. The loan enabled Number 1 sons to invest in refrigerated vans, which allowed them to safely deliver their products and those of their new partners to 20,000 houses and counting. Yi Wah says they were able to shift their focus from "where do we cut and how do we stay alive?" to "how can we expand for the future?" Roberts emphasized that having a partner in LEDC was an important factor in making that decision.

They also partnered with small local farms to help them get their products to households across the region by acting as a delivery service. These farmers have thus been able to continue to operate in a time where in-person markets are not possible or limited. They also made it a priority to hire unemployed restaurant workers. To date, they have worked with over 40 small farmers and makers who might otherwise have been disproportionately impacted by the pandemic.

While a business selling fermented foods may seem unusual, Number 1 Sons shows what can happen when you take a chance on small businesses and facilitate their growth. "If there's an idea to do something that's a little different, it doesn't mean it's bad. It means you need to connect with the people who will support you and believe in it- don't give up, they're out there," urges Yi Wah. "We're grinding, but we're now grinding with a sense of hope." Roberts credits his community for this sense of hope--that includes LEDC and the EOCF fund.

Number 1 Sons is currently delivering to homes within a 10-mile radius of DC. To learn more about their products, the local farms they support, or where you can find them next, visit their website https://number1sons.com/.