MAYAGÜEZ, PUERTO RICO – The Latino Economic Development Center (LEDC) announced today it has opened a new office in Mayagüez, Puerto Rico, making it the only Community Development Financial Institution (CDFI) located on the western side of the island. The office is dedicated to supporting efforts to strengthen and expand the island’s business ecosystem and increasing resilience among local businesses by providing access to capital.

“LEDC is excited and proud to become a part of the ecosystem that supports small businesses in Puerto Rico,” stated LEDC’s Executive Director Marla Bilonick. “The people of Puerto Rico have shown themselves to be strong and resilient time and time again – and the small business community is equally powerful. We look forward to partnering with entrepreneurs to help them stabilize and grow their businesses. In turn, they will be creating economic opportunities for themselves, their families, and the people they employ.”

The official inauguration of LEDC's office in Puerto Rico was held on August 27 at the Sila María Calderón Foundation’s “Centro Empresarial para la Mujer” (Women's Business Center) and brought together local leaders and government partners to celebrate the opening.

The organization’s expansion comes at a critical time. It is estimated that approximately 8,000 small businesses closed in Puerto Rico from September 2017 to September 2018 as a result of Hurricane Maria. To date, 25% of the island’s small businesses are still recovering and data shows a lack of access to capital and business resilience support have contributed to their slow recovery.

Through this new office, LEDC will deploy loans ranging from $500 to $250,000 aimed at connecting low to moderate income entrepreneurs to capital, building business resilience, and expanding the small business community.

LEDC is well-equipped to serve the needs of entrepreneurs on the island. To date, it has deployed more than $16 million in loans to over 1,300 entrepreneurs in the Greater DC and Baltimore metro areas. On an annual basis, it provides over 1,000 entrepreneurs with small business advisory services. LEDC is certified by the U.S. Department of the Treasury as a Community Development Financial Institution (CDFI) and is a U.S. Small Business Administration Microloan Intermediary and Community Advantage Lender committed to increasing access to capital to entrepreneurs from underserved communities through responsible, affordable lending.

LEDC was able to expand to Puerto Rico in part through a cooperative agreement with the U.S. Small Business Administration.

“We are pleased to welcome LEDC to SBA’s family of lenders in Puerto Rico,” said SBA District Director Yvette T. Collazo. “At times when it may be challenging for entrepreneurs to access credit through traditional channels, it is encouraging to see additional financial alternatives available with SBA’s backing to help support small businesses’ needs.”

The new office will be based inside the Sila María Calderón Foundation’s “Centro Empresarial para la Mujer” (CEM). “This is a great business opportunity for our entrepreneurs. It represents not only access to financial assistance, but the support they need to succeed,” stated the Foundation Program and Service Director, Evelyn Nieves.

LEDC sees starting a business as one of few income and wealth generating strategies and looks forward to supporting some of the most underserved Latinos in the nation.

You can find imagery associated with the launch below: 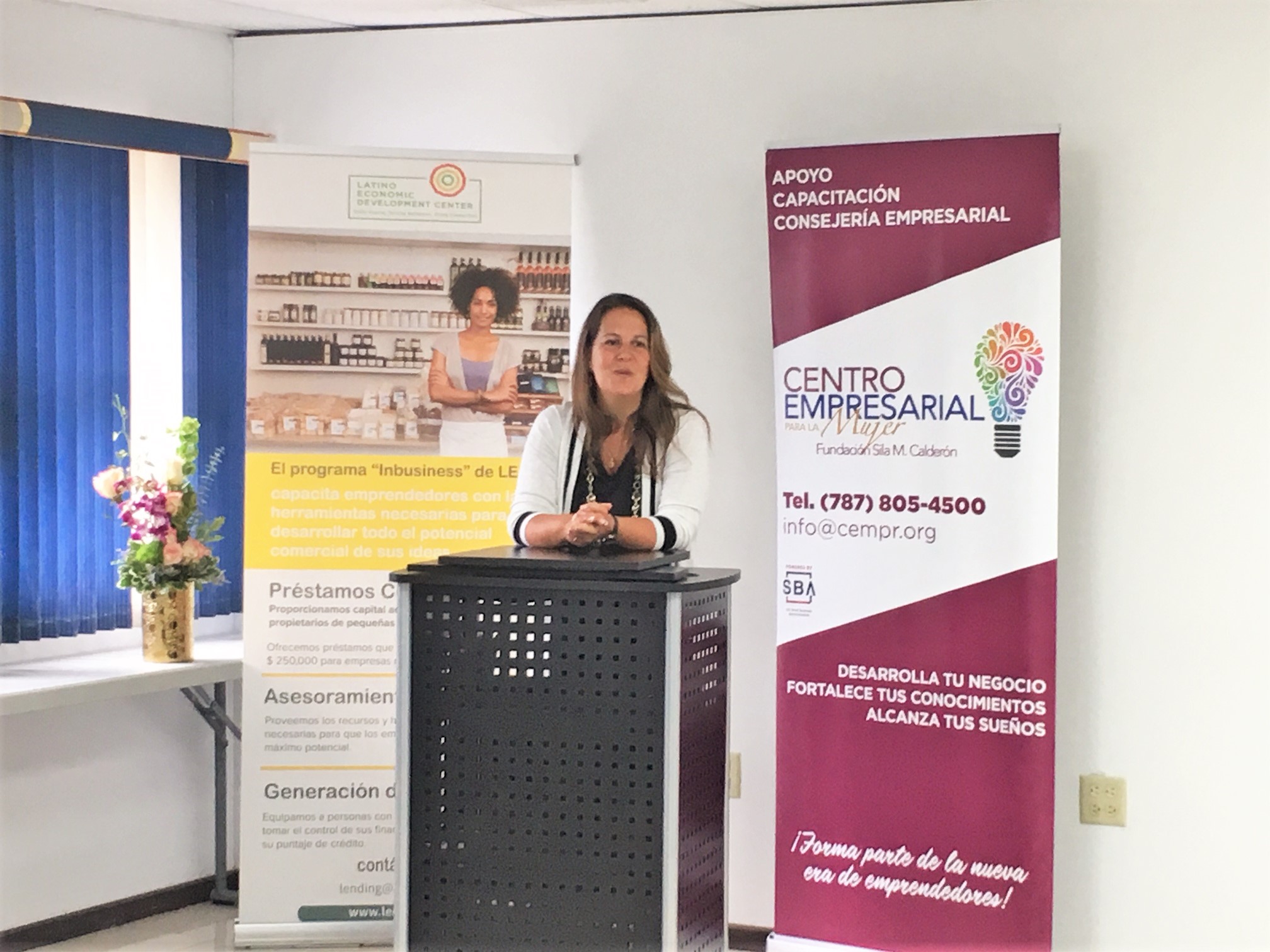 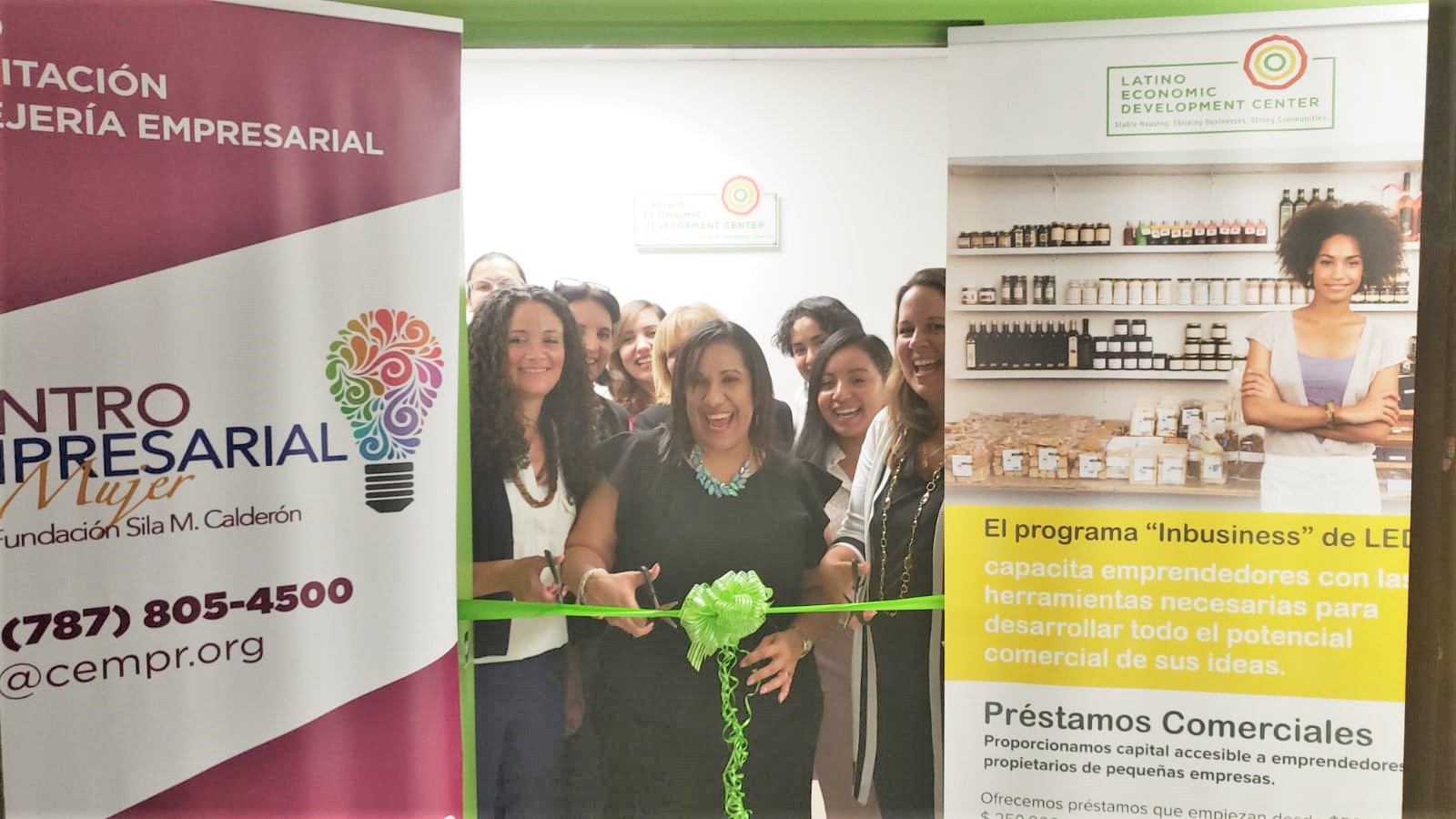 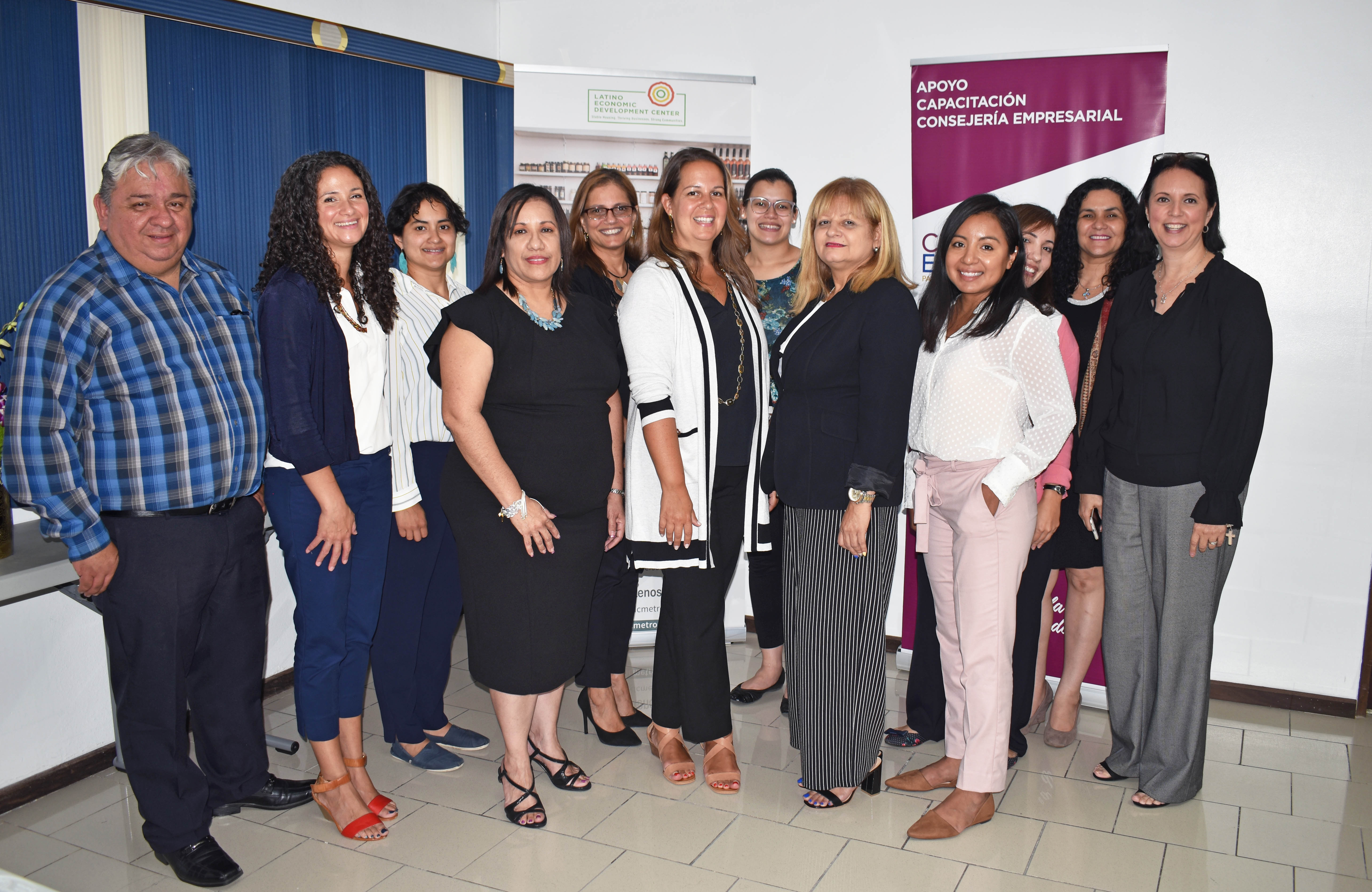 Above: Members of the LEDC, SBA and CEM teams.

Working families deserve to live in affordable homes and own successful small businesses, but too many are unable to turn those dreams into a reality. The Latino Economic Development Center (LEDC) equips Latinos and other underserved communities in the DC and Baltimore Metro areas with the skills and financial tools to create a better future for their families and communities. Participants in our programs learn how to buy and stay in their homes, join with their neighbors to keep their rental housing affordable, and start or expand small businesses.